Ima Wo Ikiru | Achilles of Peace

It began like any other day ready to run the trails in my backyard here in Tucson, Arizona.  But it wasn’t just another day.  Instead it was the beginning of a battle with a slow healing injury.

Stepping out of bed I could feel the stiffness at the back of my heel.  Not something that I was completely unfamiliar with.  Off and on over the last few years I’ve had this sensation.  Often felt just after a run or a pause on the desert floor in the middle of a route through the canyon.

This route had been run by me more times than I can count.  It was a short route out-and-back that consisted of a hair over 8 miles with about 880ft of elevation gain.  The weeks leading up, I would PR this route more than a few times.  Whittling down my time to one hour or less was getting close.  Very close.

Plan was to go with a pace with my splits that was at or near PR.  But in the end, I just wanted to flow through the canyon.  Though I was already feeling stiffness in the achilles area that hadn’t subsided as it usually does.  When I reached 7 Falls (the midpoint), I decided to pause for a moment.  Squeezed a gel, and washed it down with water.  Then I began my descent.

The stiffness became pain as I descended.  With adrenaline muting both my pain and decision making, I continued anyways.  Overcompensating on one leg, I slowed to a walk after about a mile.  Then I would attempt to run for a few seconds.  Only to realize that this was serious, and continuing to run was futile.  The last 3 miles were quite painful back.  An upright crawl.

Once back where I had begun the route, I took a few moments to calibrate.  And proceeded to crawl another mile back home.

Once home, I took steps immediately to get comfortable and practice RICE.  Thinking this would pass with proper care, immobility was a priority.  My bed would not be left til the next day.

With no relief the next morning, I decided that the next step was medical intervention.  The hospital.

Hours after arriving at the hospital I finally got to see someone.  The doc recommended an MRI, as this is best with soft tissue injuries.  But before the MRI, she told me that she expected I could be out of commission for months.  This was quite deflating to hear.  As I had just come back from a double hernia surgery in may that set me back with my running.  And had also caused me to miss work.  Setting me back financially.

Shortly after the MRI, the doc called me in for the results.  Leading me into the other room, she said that it looked better than she had just mentioned earlier.  It was the achilles, but it wasn’t ruptured.  Simply a tear in the fibers.

After bandaging my foot and handing me a pair of crutches, she sent me on my way with a paperwork excusing me from work for 3-5 days.

On my way home, I thought it would be best to update my work with the news and drop off paperwork.  Not due back in for two days, this was strictly precautionary in case I did in fact need and additional day or so before coming back.  Emphasizing to my one of my bosses to not worry.  I expected not to even miss a day.  As this was bad timing with the holidays arriving.  Even if I had to limp a bit, missing even a day wasn’t something I wanted.  I felt guilty letting down my team at work.  Little did I know, it was going to get worse.

After expecting to miss no days of work, and to be running the next weekend…an unexpected path became reality.  Missing days of work, soon an appointment with a podiatrist was scheduled.

She (the podiatrist) would go on to tell me that I could be out of work for 4-6 weeks or more.  As I could not even walk, and would have to wear a boot if I did walk.

Two weeks went by, and I was back to see the podiatrist.  But I already knew that my achilles wasn’t improved enough to go back to work.  And was a long ways away from me being back on the trail.  If I was to express on a scale from 1-10 (10 being fully healed), a 2 or 3 would be it.  3 would actually be glass half-full, as it was closer to 2 honestly.  Not where I thought I would be.

Missing work was already taking a financial toll.  Not to mention the feeling of letting people down.

Not running was impacting me in another way.  My mental well being.  It’s where I find peace.  And not just missing running, but not being in the mountains due to the fact that I couldn’t even hike compounded this.

The toll financially, many understand.  I am fortunate to have good health insurance.  And have also taken other precautions such as add-ons to my insurance that include short-term/long-term disability, as well as critical illness insurance.  Aware that the unexpected can happen…and it will.  But for those of us that live often paycheck to paycheck, it can still be a setback.

The toll mentally, some would not understand in the way that it pertains to me.  My presence in the mountains is where I find peace.  Although the vessel is running endless trails.  Not being able to even hike it compounds the toll it takes on me.

My entire childhood (birth to 18yrs) revolved around spending large quantities of time outdoors.  Surfing, running, hiking, climbing, and just exploring.  Being active outdoors has always been a place where I found peace.

As a child, my mom did not allow me to just sit in front electronics as most children do now (and most adults).

We either lived in the mountains or near the ocean.  On weekends family time was spent climbing the nearby mountains.  Not via trail.  But scaling the side of mountains.  Making our own trail to the top til just after dusk.  All while foraging wild berries to eat along the way, or for mom to make pies with. Then finding old dirt roads to make our descent when it got dark.

Often I would build lengthy trails through the woods with an ax, saw, machete, and rake.  Then proceed to see how fast I could run it.  I wasn’t even a teenager at this time.

A tremendous amount of time was also spent kayaking, canoeing, and even assisting in the building with logs.

When I wasn’t in the mountains, I was surfing, wakeboarding, and spearfishing in the ocean and intercoastal.

As an adult, I immersed myself even further.  Racing mountain bikes (cross country), triathlons, and ultra distance running.  Finding additional layers of peace through feats of endurance in and outside of sanctioned events.

I’ve never been one to live like most do philosophically or physically.

In the end simply being active outdoors has always brought peace.

I was going to write so much more.  Although this began as a way to express how peace has been altered through an achilles, some peace was found writing this.  But I found that there is a bigger message.  And that message is directed right back at me.  Although take what you want from it all.  And that is to be present in the moment when you have it…when you’re healthy.  Don’t take it for granted. Many have it far worse.  Don’t forget that either.

There has been a lot of lessons in this.  Some peace was found just writing this.

Will focus on healing.  And I’ll be back.

Concluding with three quotes that are appropriate….

“Do not be afraid of death. Be afraid of the half-lived life!” Laird Hamilton

I’ve never been one to just call someone a friend.  In this life we encounter a lot of acquaintances, and a handful of friends.  And honestly I don’t value the company of most.  I’m a bit different in that way.   In the end I found out who my friends are.

I’d like to mention Jordan Camastro.  Encompassing  humble, minimalism, and badass (for lack of better words at this time) unparalleled by most trailrunners and humans in general.  You’re not the ordinary human in your philosophy.  I don’t use flattery to stroke anyone’s ego my friend.  That isn’t authentic.  I mean it.

Thanks for allowing me to vent recently about injury without consequence.  But at the same time telling me how it is and the steps needed for recovery when my head is clouded.  Sometimes I need the voice of reason. 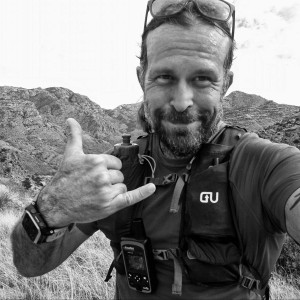